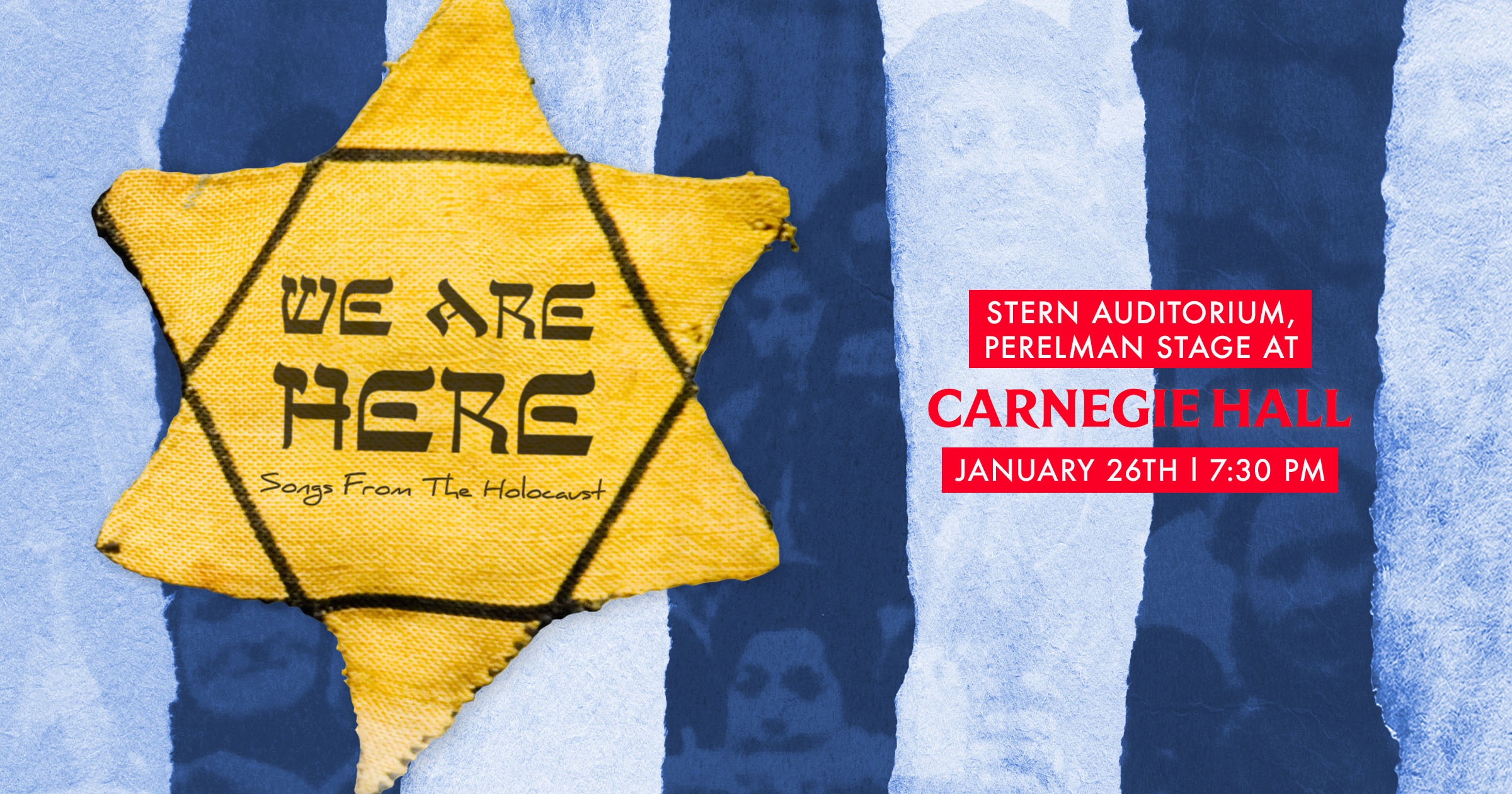 “We Are Here: Songs From The Holocaust” at Carnegie Hall

A concert featuring songs written in the ghettos and concentration camps of Nazi-occupied Europe and the former Soviet Union. In the years after the Holocaust, Jewish artists collected and published fourteen songbooks of wartime music. From heart-wrenching folk ballads to up-tempo satire, these songs present a powerful spectrum of the human experience, interspersed with true stories about the artists’ lives. This concert serves to honor the memory of those murdered during the Shoah and pay tribute to the artists who, in the worst of times, continued to create.

Presented by Rabbi Charlie Savenor and Ira Antelis, the concert will feature performances from Broadway stars, pop artists, renowned Cantors, and a choir of New York City students. All proceeds generated from this concert will be donated to our partnering organization, The Museum of Jewish Heritage

Tickets are now on sale and can be purchased here. All profits will be donated to the Museum of Jewish Heritage, committed to preserving the memory of the six million.