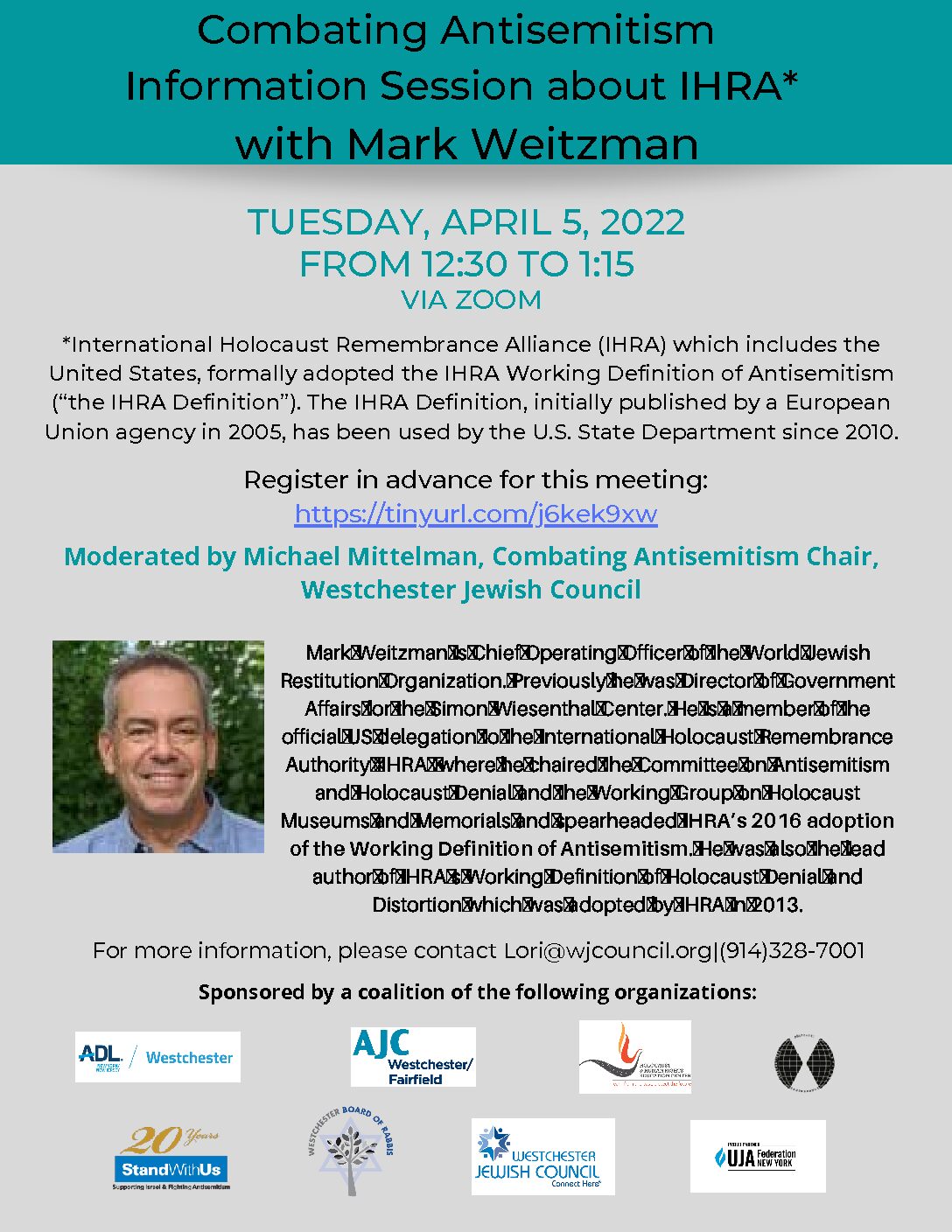 *International Holocaust Remembrance Alliance (IHRA) which includes the United States, formally adopted the IHRA Working Definition of Antisemitism (“the IHRA Definition”). The IHRA Definition, initially published by a European Union agency in 2005, has been used by the U.S. State Department since 2010.

Mark Weitzman is Chief Operating Officer of the World Jewish Restitution Organization. Previously he was Director of Government Affairs for the Simon Wiesenthal Center. He is a member of the official US delegation to the International Holocaust Remembrance Authority (IHRA) where he chaired the Committee on Antisemitism and Holocaust Denial and the Working Group on Holocaust Museums and Memorials and spearheaded IHRA’s 2016 adoption of the Working Definition of Antisemitism. He was also the lead author of IHRA’s Working Definition of Holocaust Denial and Distortion which was adopted by IHRA in 2013.

Register in advance for this meeting: https://tinyurl.com/j6kek9xw